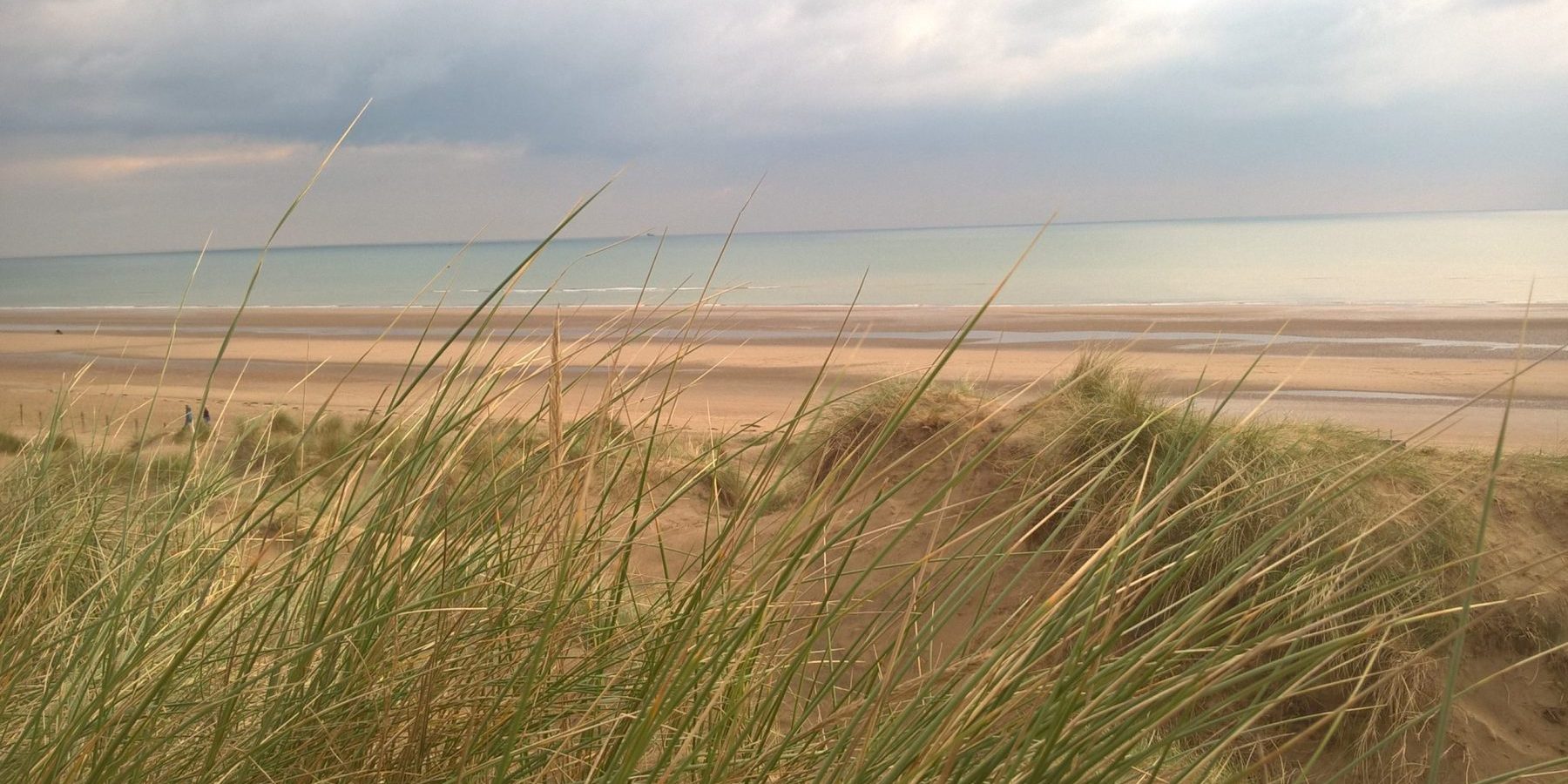 There was a bright chink in this grey, wet and windy weather on Sunday morning, so after our guests had enjoyed their breakfast and checked out, we borrowed a friend’s dog and drove over to Camber Sands. From Red Cottage, Rye it is less than a 10-minute drive to the miles of sandy beach and towering sand dunes of Camber. We are so lucky to have this place on our doorstep.

We parked in the large car park (only £1 for an hour at this time of year) and set off along the rabbit fence which borders Rye Golf Course. Not many golfers were in view today as most people would have been watching at the final of the annual Oxford and Cambridge tournament, known as the President’s Putter, which was taking place on the far side of the course.

Within about 15 minutes, we were on the beach itself, where our canine companion launched himself towards the dramatic waves, and then had a race with a couple of greyhounds – he almost managed to keep up with them!

We had a brisk, exhilarating walk along the beach and then climbed up and over the dunes to where we had parked our car – just under an hour’s walk in all, but enough to blow away the festive cobwebs and get the blood pumping.

Walking to Camber Sands from Red Cottage Bed and Breakfast is also possible. The route takes you through the medieval streets of Rye, before following the river Rother down towards Rye Harbour and the beach. It takes around an hour, but you can also take a bus if that is too far!

Walk: A view above Rye
October 6, 2020
Following the lead of #mermaidstreetcafe here is a

Your stay at Rye Red Cottage Bed and Breakfast inc

As the Christmas and New Year festivities already